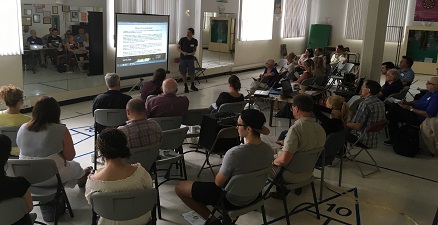 The assembly was part of a larger event that took place throughout the whole day. The inspiring film Demain was presented during the forenoon and the Raging Grannies performed a few songs both catchy and engaged, proving that age is just a number when it comes to the fight for a better environment. Lunch took the form of a potluck that all participants could enjoy. The afternoon was dedicated to the general assembly where the administrative council was elected, among other things. Finally, the day ended on a brief presentation of a few projects led by our members or supporters:

We would like to thank everyone who participated in this event. As a follow-up, we invite you to: