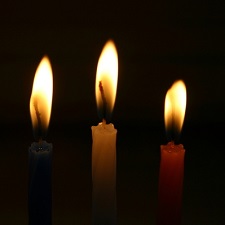 On Friday February 9th, more than 120 persons got together at Wesmount Park United Church to celebrate Coalition’s 3rd anniversary.

On that occasion, we showcased the work being done by local activists and entrepreneurs in transportation, circular economics, eco-neighbourhoods, urban agriculture, responsible consumption, and climate finance.

« For the first time in a generation, we have a municipal administration that is -on paper and in some of its initial decisions- willing to deliver on ambitious climate action. Let’s make our voices heard and turn that intention into action. », said Matthew Chapman, Coalition’s president.Campaign promises like the pink line, new buses, and the Réseau Express Vélo, in addition to the recent announcement that our emissions reduction target has been changed from 30% to 35% below 1990 levels by 2020, are promising. They demonstrate this administration’s willingness to tackle our biggest and ever-growing source of emissions seriously by providing viable solutions to congested roads and transit lines.

Good intentions are only the first step towards making progress. Support from a diversity of organizations and communities is essential for plans to be implemented. The Montreal Climate Coalition’s mission remains to rally those diverse voices in support of the transition towards carbon neutrality (zero net emissions) in 2042. « What a wonderful gift for Montreal’s 400th anniversary » concluded Alexandre Boulerice.